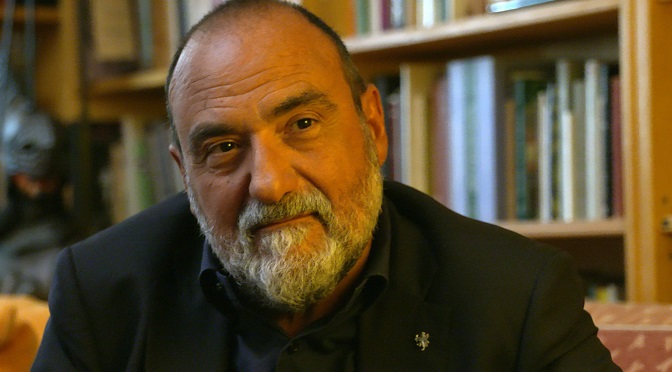 Eurovision 2020: From cancellation to plan B, interview with Carlo Romeo DG of San Marino RTV
Let’s talk again about the infamous cancellation of the Eurovision Song Contest 2020.
The EBU announced the cancellation of the event. Fans and broadcasters get this piece of info
via twitter. It’s quite clear that national TVs were not informed about it and this creates a
sense of embarrassment and annoyance between all stakeholders.
Reading through the lines of the EBU statement, it is not clear whether any other possible
scenario was explored such as postponing the event to fall 2020.
As previously reported by us, San Marino RTV has strongly supported a postponement of the
event.
The EBU has then requested national TVs to provide ideas to offer some sort of show to
entertain the Eurovision fans.
The choice made is Eurovision: Shine a Light, a 2-hours show that will celebrate all 41
contestants. It will recorded live at the NOS Avrotros studios and will feature a preview all of
all songs, combined with videos of previous winners.
European broadcasters are slowing joinin in, and eurofans do not seem to be very coinvinced
about this choice.
We have talked about this with Carlo Romeo, Director-General of San Marino RTV.
First of all, thanks for dedicating your time to us. How have you reacted to the EBU’s
decision of cancelling Eurovision 2020 and what have you proposed?
Carlo Romeo: Here at San Marino RTV our first reaction was rejecting the contest’s
cancellation and proposing holding it in October. When we were asked for an alternative
proposal, we pitched a competition for the day of the Grand Final. A show that serves as
public service, explaining the coronavirus situation country by country with a choral song as
opening act, a competition, a jury and a televote. The direction we were aiming for was more
like public service but keeping the competition.
How did the EBU react to your proposal?
Carlo Romeo: They answered thanking us for the idea and explaining that soon we would
have been informed about their final idea. A show that would have incorporated some of parts
of our proposal.
Shortly after they revealed Europe: Shine a Light. Some small parts of our proposal were
indeed included, but they completely missed the central concept of the public service function,
removing the competition which as we all know is the main appeal.
Have RAI also proposed a competition like you have?
Carlo Romeo: These weeks RAI and San Marino RTV have been working closely. RAI worked
on a project very close to ours, keeping the competition and the informative segments with an
extra benefic aspect, as people would be able to donate to their national health organizations
– something similar to “Musica che Unisce”. At this point here at San Marino RTV we
completely endorsed RAI’s proposal, as we deemed it adequate for the current times.

Do you think Europe: Shine a Light is the best proposal the EBU could’ve put forward?
Carlo Romeo: It is a completely inadequate proposal in its content, during these times and in
its manners. It just gives the impression of an event that got out of hand. Without a contest,
the appeal —as we all know— is almost non-existent and it won’t really be a show in the way
it was presented, a way to unite European broadcasters that are acting together in this
emergency situation.
How have your proposals been received?
Carlo Romeo: The proposal to reject the cancellation and any form of cancellation favoring a
postponement in October has had excellent responses from some Heads of Delegation, artists
and producers who have been working on this since July. Regarding the proposal of the
competitive format for May 16th, I believe that if all the stakeholders make themselves heard
in the next few hours, as on Tuesday there is an important EBU deadline on this, we can avoid
missing a unique opportunity. We need courage, a true European sense and not a facade,
imagination. Above all, courage and ability to face the emergency. I don’t want to name
people, but the ESC leaders, or rather I should say the ESC leader, whose adequacy I
personally have been doubting for a long time given previous incidents, confirmed the
unsuitability even under these circumstances.
How did you find the EBU’s communication regarding the cancelation?
Carlo Romeo: We find it totally unacceptable that we were informed through social media.
We hope that those who violated the rules have been inquired by those in duty and we would
be pleased to have some news on the matter. We found out that some of our partners and
sponsors had the news before us, a direct member of the EBU. Scandalous.
If RAI’s proposal was ignored what would you do?
Carlo Romeo: Obviously we hope that RAI’s project receives its deserved attention. It is a
beautiful project, certainly more solid than ours, and I am sure that France, Germany, Spain
and all the others will take it into consideration. Sweden, as well as other broadcasters, have
shown courage and imagination for May 16 with their individual initiatives, but in doing so,
the idea of united European television comes out in pieces if you are forced to go each one on
their own. We will most likely join for Europe: Shine A Light. However, we will continue to
underline once again the inadequacy of the proposal as it was presented. We will continue, I
hope not only us, to support RAI’s project or any other proposals that go in the same
direction. Coronavirus cannot and must not repeal European television in any way.
Thanks a lot to Carlo Romeo. We clearly support his statement, we hope that the EBU would
reconsider this proposal and gives the fans across Europe a “true” competition that incorporates
information and charity.