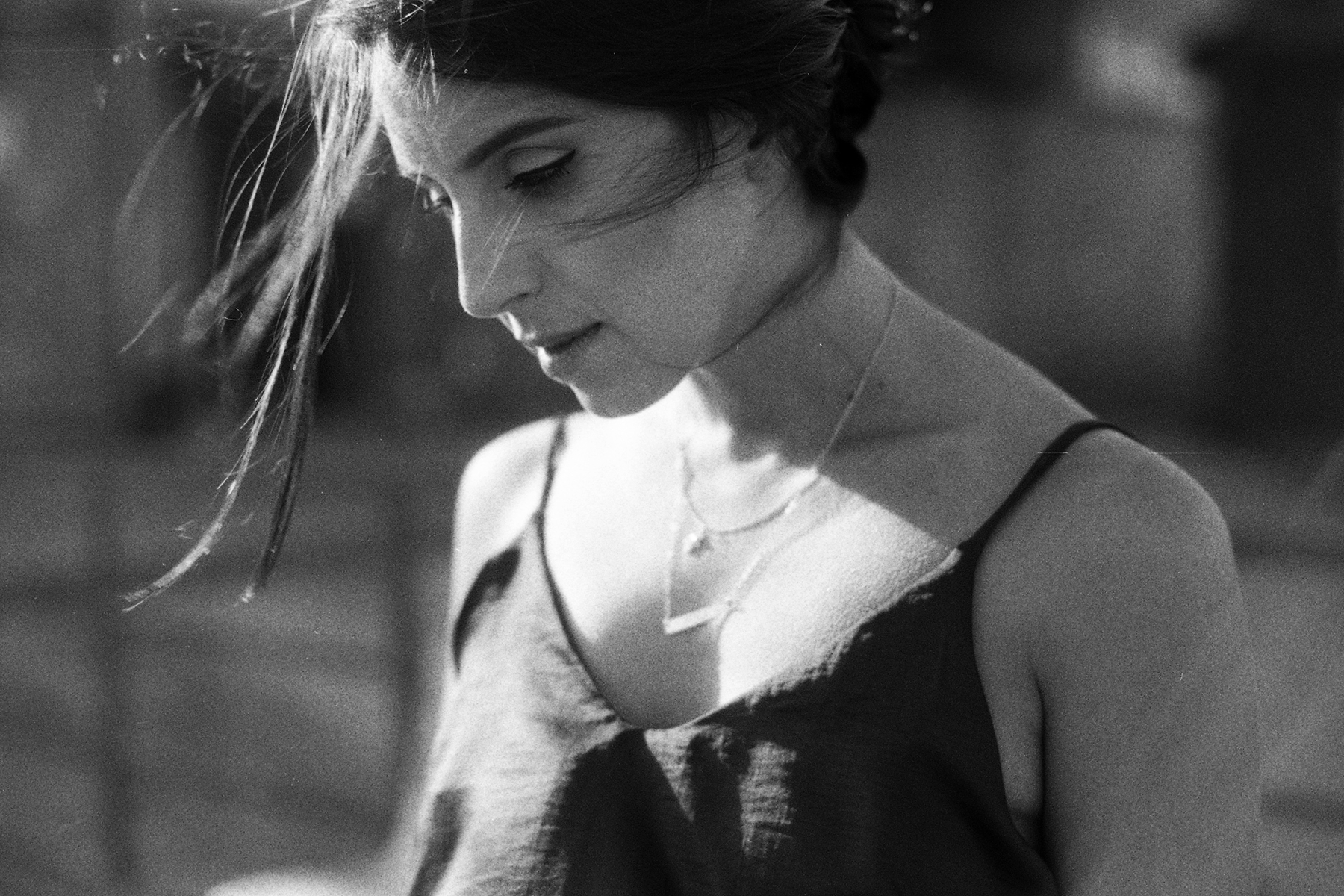 OGAE Turkey is making interviews with this year’s Eurovision stars. Up next, we have one of the biggest: Jamala! Our editor Harun Barlas asks and beautiful Jamala answers our questions.

Hello Jamala, I’m Barlas from OGAE Turkey team. It’s been an honour to make this interview with you. First of all I would like to thank you for making this interview with me. Then let’s start with the first question. It’s a classic but can you please tell us abut yourself and your musical career?
My name is Jamala, I’m singer 🙂
I made my first professional record at the age of nine, it was all-day session to record the album of Crimean Tatar songs and songs for children.
I finished Simferopol Music College and Kiev National Music Academy as opera singer and was going to make career in classical music, but plans changed. In summer 2009 I went to “New Wave” International contest of young singers in Latvia and got Grand Prix there.
Talking about awards, I have few more: ELLE Style Award (nomination “Singer of the year”), Ukrainian National Award “Person of the Year” (nomination “Idol of Ukrainians”), Best Fashion Awards (nomination “Inspiration of the Year”) and some more. This year I won all main nominees in Ukrainian National Music Award (Yuna): Best Album, Best artist, Best song (with Andrey Khlyvnyuk and Dmitriy Shurov), Best Duo (with Andrey Khlyvnyuk and Dmitriy Shurov).
By the way, I’ve got award in Turkey as well, it was Red Apple Award for contribution in Turkic music.
I have four albums of my own music. I mean all songs written by me. The latest record “Breath” was released in October 2015.
I had very interesting experience with cinema. I played the main female part in historical drama “Guide”, which got the best box-office among Ukrainian movies in 2014, and had a cameo in fantasy movie “Polina” by Belgian director Olias Barco. “Polina” will be released by the end of this year.

There were 12 strong competitors in the Ukrainian National Final but you were the strongest one. It’s been a while but how do you feel now?

I’m worry because it’s a great responsibility to represent my country at such huge event. I try to concentrate on Eurovision only, but I can’t. I’m on Ukrainian tour now; I have concerts, interviews, press conferences and shootings almost every day. But I’m happy because this kind of lifestyle is something that every artist wants.

You competed in the national final with the song Smile in 2011 and this year you decided to do it once again? What convinced you to do this?

I realised that this is the right moment to participate. I wrote 1944 a year and a half ago but it wasn’t included in my latest album “Breath” that has been released in autumn of 2015. When National selection was announced I decided that I want to show “1944” to the world. And Eurovision is the best way to deliver it to huge audience all over the Europe and even beyond.

Your song has an emotional melody. The lyrics and the tune are very similar to our people. We read your interviews and we heard some but could you please tell us the story of your song one more time?
The origins of this song are in my childhood. It’s inspired by story that my great grandmother told me when I was small. The song is about the tragedy that happened to our family and all Crimean Tatar in 1944. I mean the deportation of Crimean Tatar people from Crimea to Central Asia, the crime made by Soviet government. They packed all people to the vans like beasts for a few weeks with no food and water. Those who couldn’t survive were thrown out and left lying on the ground. My great grandmother lost one of her children as well. I believe “1944” concerns all people that had their own horrible tragedies in the past, such as Holocaust. We should always remember and never forget them to avoid things like this in the future. I want to deliver this message to as many people as possible.

We didn’t compete in the Eurovision Song Contest since 2013 but this year many familiar faces to us are taking part in the contest. When your participation in the national final announced by Ukrainian channel, Turkish media turned their eyes to you, because you have some lyrics very similar to Turkish in your song. Even some fans are calling you “Cemile” (A Turkish name similar to Jamala). What do you think about our country?

I love Turkey, I really do. It’s beautiful country! I performed once on festival in Eskişehir. Do you know that my sister has married Turkish guy and live in Istanbul with her husband and two daughters? I visit her once or twice a year. I feel like Turkish people are my relatives. I’d like to thank all Turkish listeners for their love and support! It’s a pity that Turkey doesn’t vote this year!

Are there any Turkish Eurovision songs that you remember and do you have an all time Eurovision Song Contest favourite? Also, what is your favourite song of Ukraine’s Eurovision history?
I think that Turkey has so many strong and powerful voices, but during the last years I’ve heard just pop and rock singers from Turkey on ESC. I know that this genre of music is very popular in your country but i think it doesn’t show your potential. You are much stronger in folk and high level pop music. For example Sertap Erener. She was so good!!
My favourite Ukrainian entry is Ruslana with her “Wild Dances”.

We know that you are working with a professional team but can you tell us about your stage preparation if it’s possible? What kind of performance you are going to show us on the Eurovision stage?

At the moment we prepare completely new performance, but we still keep details in secret. And the dress will be new too. Vogue Ukraine made a kind of competition between Ukrainian designers. We chose the sketch by Ivan Frolov, we worked with him for my concert dress before. Actually we prepare four dresses; two with Ivan Frolov and two with chief stylist of STB TV channel Dmitriy Kuryata. Which one I’ll wear at Eurovision I’ll decide at final rehearsal for semi-final.

Do you have any plans to promote your song in Europe?
We’re on it already! For instance, I performed in Amsterdam on Eurovision party last Saturday. And I made like thousand interviews! I mean not only web sites that are dedicated to Eurovision. BBC, Reuters, Associated Press, France Press, France 24, Deutsche Welle, Euronews, ARD, ZDF, The Times, Bild, Die Welt, Stern made interview with me. And it still goes on!

Ukraine and Crimea is always friend of us. Especially, we share the same history on some period with Crimea. Please tell something about your country and your homeland.

You have to visit Ukraine to see how beautiful it is! You should see at least three cities – Kyiv, Lviv and Odessa. They are completely different, so you’d have absolutely different impressions of your trip. You should visit Carpathian Mountains and Black Sea coast as well. Crimea is magical! I miss it so much! Mountains, wonderful seaside, relict forests, palaces… You’d like it, but I don’t advice you to go there now.

What does Eurovision mean to you? Did you use to follow it every year? Or in others words, are you a fan of Eurovision Song Contest?
I’m not a fan of Eurovision but I watch it every year 🙂
It’s great opportunity to be heard and to show the level of Ukrainian music. ESC gives you a chance to perform before huge audience. I have a very important song for me that I’d like to represent to the world. “1944” concerns all people that had their own horrible tragedies in the past. We should always remember and never forget them to avoid the same things in the future. I want to deliver this message to as many people as possible.

You won New Wave Festival years ago, we do remember your amazing Mamenkin Syinok performance even in 2016 but you have a bigger challenge now. How confident are you about your song?

I believe in my song. It’s not like average Eurovision song but I hope that people will like it.

Did you listen the participating songs? If you do, do you have any favourites?
I’ve heard all songs. Of course the live sounds will be different, but I can recognize good song nevertheless. I like France, The Netherlands, Greece, Sweden and UK, because their entries such a handsome guys)))))))
I’m just kidding. They have really good songs!

OGAE Turkey will be in Stockholm to support you. Do you have a message for our readers?

I’d like to think that I have a kind of family support from Turkish people! I love you guys!

We would like to thank Jamala and her team for this interview. Hope to see you in Stockholm, Jamala!