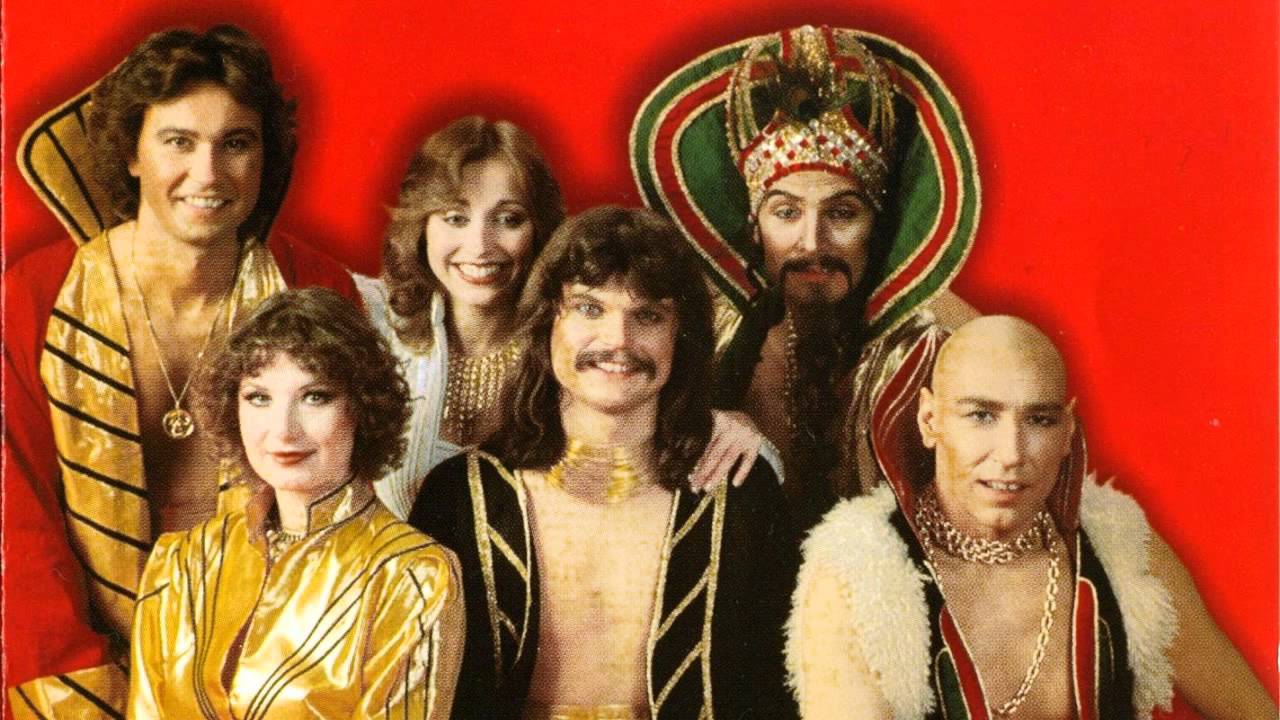 It’s been at least two years that I started this series. But things gone wrong and I couldn’t keep writing. It’s now time to close this series to go on with an another one. Ladies and gentleman, here I present you: A Series of Unfortunate Events – Series Finale.

I couldn’t remember which song I wrote about at the beginning of this but I remember one thing. The song I want to write about when I finish this serie. Actually, it is not an unfortunate story. Besides, it got a top 5 placing. But I promised myself and now I will write about my all-time favourite, and it’s Dschinghis Khan!

Dschinghis Khan is a pop band, originated in Germany. They participated in 1979 Eurovision Song Contest. Yeah, I was not in this world that times. Poor me.

They participated in Eurovision with a song also named Dschinghis Khan. Song was written by Ralph Siegel and Bernd Meinunger and it was all about the great Khan’s power and strenght. (And it says that he fathered seven children in one and only night!) Cool story bro!

It is not enough to tell you about this song. Please watch their Eurovision performance below.

Look at the dance moves! Look at the glamorous clothes! It’s a classic, and it is FUN!

Potgieter was the Khan of the group and they released various successfull track after Eurovision. They lived a glamour of the success for a couple of years but then they disbanded.

In 1986, the three former members of Dschinghis Khan came together and participated in national selection of Germany one more time. They finished in second place with the song Wir gehör’n zusammen.

The song “Dschinghis Khan” has been also covered in Turkish. (Not mentioning mine, OGAErs!)  Group Vitamin released the song in Turkish titled in “Hayriye” on their 1994 album “Aşkın Gözyaşları”. (Mine was miles better than this!) If you want to listen, please click on the video below…

Two members of the band died unfortunately: Potgieter (dancer and front man) in 1993 and Steve Bender in 2006. Some members of the group hit the screens in a special events to raise the past success of Dschinghis Khan.

That was all about Dschinghis Khan and so it’s time to say goodbye to this series to start a new one. But let’s mention some of my unfortunate favorites.

Silvia Night was my ultimate favourite in 2006and “unfortunately” she ended up in 13th place in the semi-final. What a shame.

Oh, we love Belarus, aren’t we? The pop diva Anastasiya Vinnikova represented Belarus in 2011 and didn’t qualify for the final. Their first song choice called “Born in Bielorussia” disqualified because of September 1st rule. That was even better!

Un Bloody Mary por favor? Europe said no again! But at least Alenka Gotar ended up in 15th place. It was one of the luckiest times for me.

Even Zoli Adok’s Dance with me (with that horrible performance ) was my favourite, and Oh oh uh oh oh, don’t forget her! They all were my unfortunate Eurovision favourites.

The Series of Unfortunate Events comes to an end now. But don’t miss me please. Netflix started a new series under the same title! It worths watching, it is as good as me! Give it a try.

One last Q and A: Why I wrote all these in English? The answer is: I just wanted to try myself and I also want to increase English content in the long run.

Shalalie shalala to everyone… I’ll see you soon…